There is another Echoing Conch on the island with the Teleport Waypoint. There is also a Rock Pile concealing a chest.

The main island will refer to the one with the Teleport Waypoint.

In a cave beneath the Teleport Waypoint, after breaking a Rock Pile, one can collect the Illegible Notes as part of the quest A Trip Through Fog and Wind. There is also an Echoing Conch here (Moon and Wind).

At the northwest point of the island, there is a locked chest guarded by two Pyro Whopperflowers. There is also another Echoing Conch (Wisdom of the Ancients) hidden in a giant sea conch with a hilichurl.

Near the Waverider Waypoint at the west end of the island, a Mitachurl will be guarding another chest.

At the north, there is a small island with some hilichurls and a Cryo Abyss Mage guarding a chest. There is also a Windmill Mechanism that can create a Wind Current that can be used to reach the top of the island.

The south island is the large island directly south of the main island.

After climbing some vines, one can access an Echoing Conch (Incoming Tide).

On the island there is a mural the player can take a photo of to obtain the Twinning Isle Mural.

Directly east of the South Island is a small island. At the top there is 1 Echoing Conch (Two Paths Through the Lonely Forest) and some harpastum minigames.

Further east is another island with 1 Echoing Conch (Five Mountains Hide the Little Village) on the ground level.

To the south is an island with 1 Waverider Waypoint and some Dendro Slimes guarding a chest.

Further south is another island where one can find the Slightly Damaged Wooden Plank as part of the From Outer Lands quest. On this island there will also be 1 Waverider Waypoint and a Hymnal Rings challenge (reposition one of the rings to point left towards the target) as well as an Echoing Conch (The Trapped). After Act III one can find one more Echoing Conch (Seaside Reminiscence).

Northeast of the main island is a small rock with a cave. In the cave there is a Stonehide Lawachurl and some Rock-Shield Hilichurls. There is also a chest in the cave. On top of the island is 1 Echoing Conch (Sail and Escape).

Starting from the Northeast Island, there will be a whirlpool nearby. From there, one can follow the wind lines to reach an islet even further northeast.

As described in A Trip Through Fog and Wind, between 10:00 – 14:00 it will be possible to pierce through the sea fog by following the wind lines. Upon reaching the islet, one can obtain the Nameless Islet Mural via Photo Mode. There will also be 5 chests on the islet. 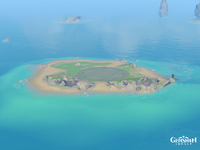 This will appear in Stage 2 of the map. It is located southwest of the main island and features a large stage with a Maguu Kenki at the center. There are 3 Echoing Conches here.

After completing Dodo-King of the Sea: Lying in Wait, the third Echoing Conch (Wolf's Predicament) can be collected. Moreover, the player will be able to challenge the Maguu Kenki to a boss fight. In addition, the weather of most of the island changes to resemble Sea Fog conditions if there is a Maguu Kenki in the arena. Razor and Barbara could also be found near the teleport point on this isle platform until the end of Midsummer Island Adventure. 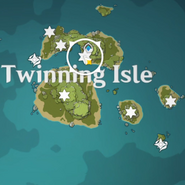 Tales Moon and Wind (in cave) 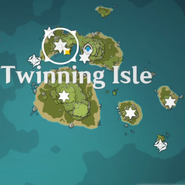 The Clan of Song Scattered 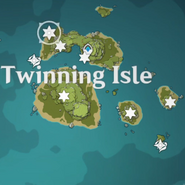 Wisdom of the Ancients 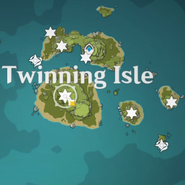 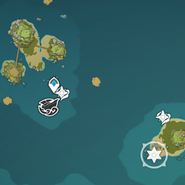 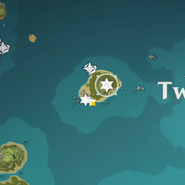 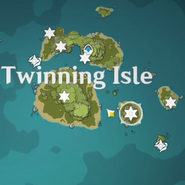 Two Paths Through the Lonely Forest 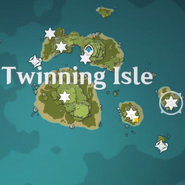 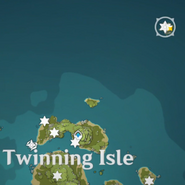 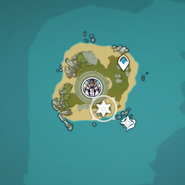 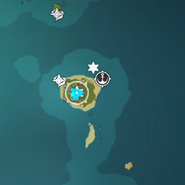 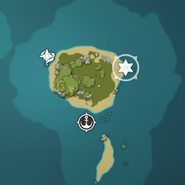