Inazuma
A mysterious island enshrouded in fog. No one has set foot here in many long years.
Version 1.6 Special Program

Tsurumi Island (Japanese: Tsurumi) is an area in Inazuma.

Shrouded in a dense Fog, Tsurumi Island was home to two ancient civilizations. One buried deep underground, before the time of the Thunderbird's reign, known as the Pre-Thunderbird Civilization. The other coming some time after, the civilization where a tribe worshipped Kanna Kapatcir (becoming known as the Thunderbird Civilization) and were subsequently wiped out by it. The land has since somewhat regrown and is now inhabited by hilichurls, riftwolves and automatons.

Initially, only the southernmost peninsula and the easternmost two isles by Tsurumi Island's Statue of The Seven can be accessed freely. The rest of the island is covered with dense Fog that teleports away players who venture too far or for too long into it. Players must start the World Quest Series Through the Mists, which requires the completion of the World Quest Series Seirai Stormchasers, to lift the fog and explore the rest of the island.

Most of the fog will first be cleared upon walking through a gate as part of the first quest in Through the Mists, A Particularly Particular Author. Players who venture into the fog without having walked through the gate as part of the quest will be teleported to Tsurumi Island's Statue of The Seven. Players who venture into the fog after walking through the gate will be teleported to the closest unlocked Teleport Waypoint located outside of any fog currently present. After finishing The Sun-Wheel and Mt. Kanna, all of Tsurumi Island's fog is permanently dispelled.

Teleport Waypoints inside foggy areas cannot be accessed on the map unless the player has cleared their respective fog area or has not yet touched Tsurumi Island's Statue of The Seven. Portable Waypoints placed inside, however, can be accessed even after the fog has covered the island again the next day. 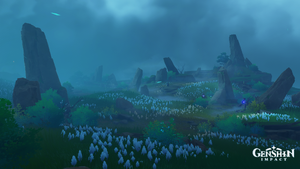 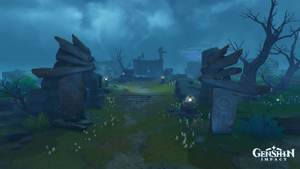 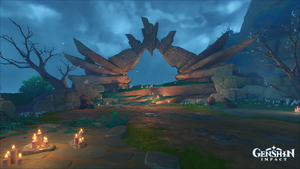 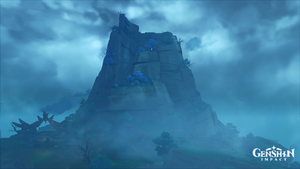 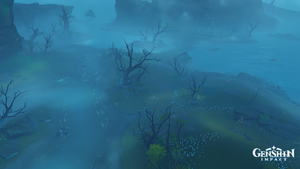 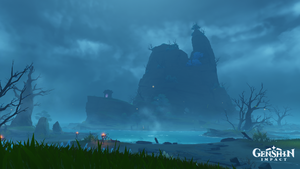 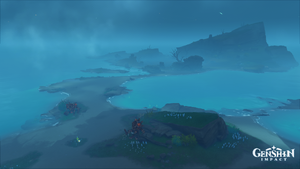 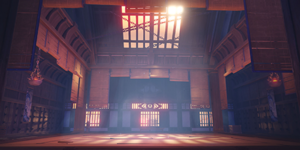 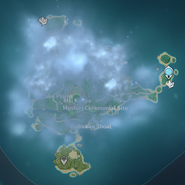 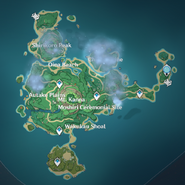 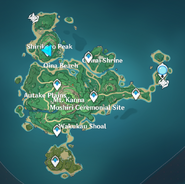 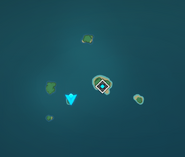 The unnamed island cluster north of Tsurumi Island. It is considered part of it and houses the Moshiri Kara domain. 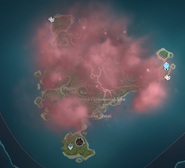 Tsurumi Island covered in thundering red fog during The Sun-Wheel and Mt. Kanna