Snezhno-[2]
Snezhnaya (Russian: Снежная Snezhnaya, "Snowy") is one of the seven regions of Teyvat. Those who live in Snezhnaya worship the Cryo Archon, the Tsaritsa — and the Fatui, a religion/military-force under the Tsaritsa's control, is particularly notorious for their diehard devotion to her and their unscrupulous methods in enacting her will.

She is a god with no love left for her people, nor do they have any left for her. Her followers only hope to be on her side when the day of her rebellion against the divine comes at last.

Snezhnaya is a region of perpetual winter storms; Nadia states that blizzards can last for a month straight and despite being in the midst of danger, its people look up to the sky and are just happy to be alive. Childe claims that people would literally freeze to death if they didn't keep moving outside.

Technologically, Snezhnaya is much more advanced than the other regions on Teyvat. Venti states that the Fatui are the strongest out of the seven regions' military, which is supported by the fact that all of their known fighting members utilize elemental attacks. The description for Agent's Sacrificial Knife calls it a "weapon made with superior Snezhnayan technology". The Fatui Skirmishers wear mechanical suits of varying degrees, and some of its members use guns and cannons in battle. Alice, who has visited Snezhnaya, recalls seeing massive factories, which she wrote down in her Teyvat Travel Guide, and Dottore built a factory in Liyue to conduct Ruin Guard research which is fully automated.[4]

The Adventurers' Guild originates from Snezhnaya;[5] while this fact doesn't seem to be a secret, few people comment on it and the Guild doesn't face the same apprehension that people regard the Fatui with. It is also hinted that Katheryne, the receptionist(s) for the Adventurers' Guild, are a series of androids created for the role: the Katherynes in Mondstadt, Liyue, and Inazuma are identical, and have "Error..." and "Rebooting..." idle quotes. This is further proven by the Katheryne stationed in Liyue, as she side-steps the Traveler questioning about her identity. 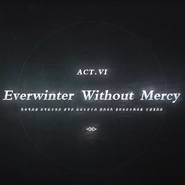