Enter the Serenitea Pot to access player housing.
A teapot obtained from Madame Ping. There seems to be a whole realm within it...

Reward from A Teapot to Call Home: Part I Quest
The Serenitea Pot or Realm Within (colloquially also known as Teapot, Housing, Homeland, or Player Housing) is a system in Genshin Impact that allows the player to create their own home. Players interact with the system using a gadget of the same name.

Players can request to visit their friend's Serenitea Pot in Co-Op Mode regardless of the World Level. Inside, the player will be greeted by the Teapot Spirit Tubby, who will provide access to various features of Housing.

After reaching Adventure Rank 28 and completing the Archon Quest, Chapter I Act III: A New Star Approaches, the quest A Teapot to Call Home will be unlocked. Complete this quest to obtain the Serenitea Pot. 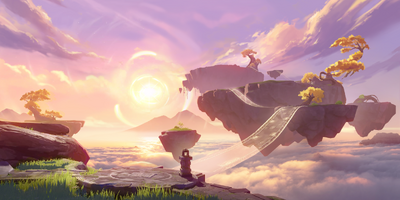 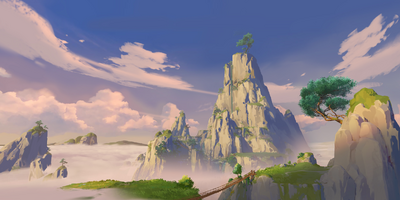 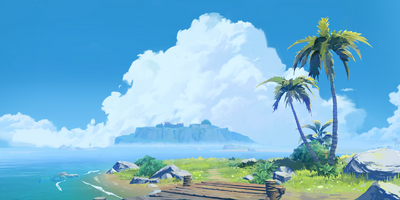 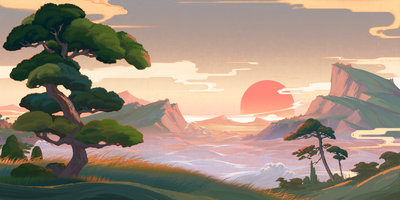 In the realm, the player can place buildings, geological features, furniture, decorations, plants, animals, and more according to their liking. These furnishings can be obtained from increasing Trust Rank, completing the Adeptal Mirror, participating in events and world quests, and exchanging Realm Currency from the Realm Depot or Teapot Traveling Salesman.

After obtaining and learning Furnishing Blueprints, the player can interact with the Teapot Spirit Tubby to craft furnishings. The furnishing materials are obtained by cutting down trees, collecting ore and plants, and crafting fabric and dye via Tubby's crafting menu.

Furnishing Sets are groups of furnishings that can be placed in a set arrangement. Furnishing Set Blueprints can be obtained from Adeptal Mirror, Trust Rank, and Realm Depot. Gift Sets are special Furnishing Sets that can have Companions invited to them for special dialogue and rewards.

The Create Set button in Furnishing Placement screen can be used to select multiple pieces of Furnishings and combined to create a custom set of up to 99 furnishings. These custom sets can be moved and stored for quick placement of multiple Furnishings.

After completing the World Quest "Idle Teapot Talk", the player can invite their playable characters to live in their Serenitea Pot.

Some characters have furniture sets that they favor. When invited into these sets, the specified characters will have a special dialogue and gift some one-time rewards. Characters placed within the Realm can be invited to their Gift Set without moving them in the Furnishing Placement menu.

Like Animals and Furnishings, Characters will be counted towards the total load of the area they are placed in.

Tartaglia interacting with the companion Tartaglia in the Serenitea Pot

"Load", also known as "Furnishing Capacity", is an indicator used to tell the player how many more furnishings they can place. Each furnishing has its own load, with large buildings taking up more load than smaller objects. Due to their need for animations and pathing, animals and characters use relatively high load compared to other furnishings. Many Interactible Furnishings also take up a lot of load.

Load currently uses a traffic-light system, with green telling the player they can still place many more furnishings, orange indicating that they are running out of space, and red indicating that space is very limited, or that they have already reached the max-capacity.

The Adeptal Mirror includes missions that give Furnishing Blueprints and Furnishings. It works similarly to the Adventurer Handbook.

Trust Rank is increased by obtaining

Trust from creating each Furnishing for the first time.

A precious jar that can extract wealth from Adeptal Energy.
Perhaps the accumulated Realm Currency can be exchanged with teapot spirits for some special goods.

Placing different kinds of furnishings can increase the amount of Adeptal Energy.

The Realm Depot is shop where Realm Currency is used to purchase items, furnishings, and furnishing blueprints.

Travelers and friends share the number of times they can redeem furnishings at the Travel Depot.

From 4:00 AM every Friday to 4:00 AM on the Monday of the next week, the Teapot Traveling Salesman will visit your realm, bringing precious wares and rare treasures.

From 4:00 AM every Saturday to 4:00 AM on the Monday of the next week, you can also visit other player's realms to exchange with the Traveling Salesman.

The Serenitea Pot shop menu can be accessed by speaking to Chubby. The furnishings available in the shop varies and the number of items depends on the player's Trust Rank when Chubby arrives for the weekend. The possible items include:

Chubby: Media:vo tips mimitomo store chubby 01.ogg The one before you is known as Jade Seeker. One travels far and wide, seeking naught but to witness all of the treasures this world has to offer...

Chubby: Media:vo tips mimitomo store chubby 03.ogg To gain that which you treasure is a blessing indeed — but do not be aggrieved should fate deny you the object of your desire.

(In someone else's Serenitea Pot)
Observe: (Seems we have ourselves another teapot spirit...)

Visiting others' Serenitea Pots to buy from their Traveling Salesman is required to advance in the Adeptal Mirror and complete Battle Pass Missions, when any player buys an item from the Traveling Salesman, that item will become unavailable to everyone else during that weekened.

A guest is able to speed up the Creation of Furnishings for their friends by heading to Tubby and activating the Guest Assistance. This will reduce the creation time by 4 hours max. One friend may only speed up one Creation per day, but it's possible to help multiple different friends in one day.

Guests cannot edit the realm of the host in any way and the host cannot edit their own realm while another player is present. Guests may enter the Mansion and interact with any furniture the host has placed (such as crafting by using an Alchemist's Crafting Bench or sitting on any chair/sofa). In the case of Companions, the guest is only able to see the idle dialogue on top of their models. When interacting with Tubby, the guest can only choose to activate the Guest Assistance or cancel the dialogue.

While inside your own Serenitea Pot, opening the Map and switching the option at the top right to Allow Direct Join allows your Friends to join even if you are offline, speeding up the Furnishings is still possible to be done if the host is offline. This setting is independent from world permissions.