Sands of Eon (also known colloquially as "the clock", "the hourglass", "the timepiece", "the watch", or just "the sands") is an Artifact Piece in Genshin Impact. It increases a character's stats and has 5 possible main stats: HP%, DEF%, ATK%, Elemental Mastery, or Energy Recharge. Artifact Pieces can appear in all rarities (1-5 stars).

It is considered to be of medium difficulty to get "good stats" on: harder than the Flower of Life and Plume of Death (which both have set main stats), but easier than the Goblet of Eonothem and Circlet of Logos. Some community-made experiments show the highest probability of main stat are HP% (28%), DEF% (28%), and ATK% (25%), and the lowest probability are Elemental Mastery (10%) and Energy Recharge (9%). [1] 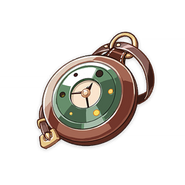 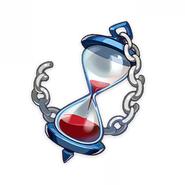 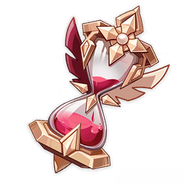