Materials
Blossoms from the Sacred Sakura at the Grand Narukami Shrine, filled with a fondness for Inazuma.

Found in the wild on Narukami Island
A petal that has fallen from the Grand Narukami Shrine's Sacred Sakura. They float in mid-air due to the effect of Electro energies.
Legend holds that the roots of Thunder Sakura are linked deep beneath the earth. Should you trace these roots, you will always come back to this sacred sakura tree that stands guard over Inazuma. Some other legends have it that the Thunder Sakura are part of the Almighty Narukami Ogosho, the result of her splitting her divine form into parts, all the better to defend those under her rule with.

Sakura Blooms (Japanese: 緋櫻毬 Hiou-kyuu) are a Local Specialty of Inazuma found in the wild on Narukami Island.

Sakura Blooms initially appear as clusters of floating petals which are found throughout Narukami Island; many can notably be found around Mt. Yougou and the Grand Narukami Shrine. In order to agglomerate and harvest them, the player must approach them with an Electro manner. Simply attacking them with Electro will work, though walking past them with Electro energy (being affected by Electro or carrying an Electrograna) will also make Sakura Blooms harvestable.

There are 9 items that can be crafted using Sakura Bloom:

2 Characters use Sakura Bloom for ascension:

No Weapons use Sakura Bloom for ascension. 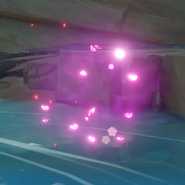 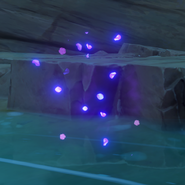