Multiple
Shield
Invincibility Frames
A mimetic plant monster that attacks without warning and uses Pyro to hunt its prey.
The world of Teyvat plays host to plants infused with the elements. Having gained a measure of intellect, their "nutritional needs" have also greatly increased...
Archive 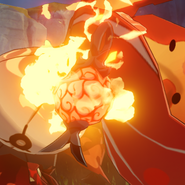