View source
watch 02:56
Raise a Floppa - The Loop
Do you like this video?
Play Sound
This article is about the event boss. For the standard variant, see Electro Hypostasis.

Hypostatic Symphony Event Domain
Sakura Arborism
Healing
Invincibility Frames
The vibrations under your feet are not the portents of an earthquake, but rather that of a raging thunderstorm...

Unlike the standard Electro Hypostasis, this creature has special Amethyst Prism objects surrounding the map that when activated by Electro DMG deal AoE Electro DMG to nearby characters, and can only be deactivated by Elemental Reactions. One can choose to avoid the corners of the map where they are situated.

For most of the attacks below, the core will be exposed for a few seconds after the boss uses the attack. Use this opportunity to deal damage to the boss.

The sprinting variation was not taken as it would close to double the damage taken from the boss (+75%) just for sprinting. Avoid the prisms surrounding the stage that deal major damage when activated.

Not much has changed other than a possible need to use Xiangling's Elemental Burst for the finisher if you don't have any other Pyro character. 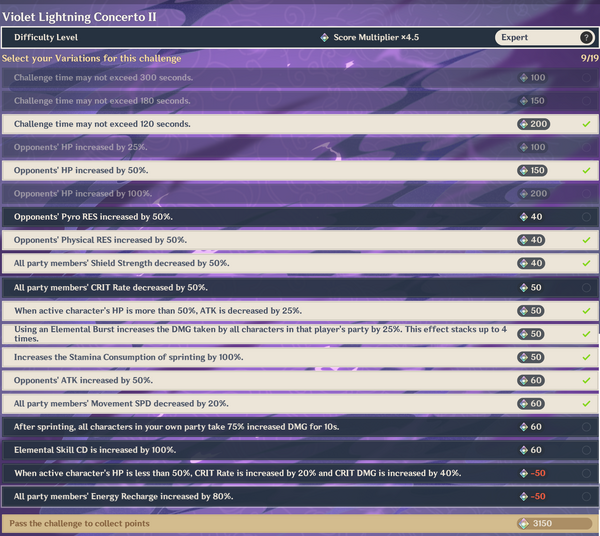