View source
watch 02:56
Raise a Floppa - The Loop
Do you like this video?
Play Sound
This article is about the event boss. For the standard variant, see Anemo Hypostasis.

Summons a whirlwind that envelops the entire field, that will be naturally dispelled after some time, or can be interrupted with a plunge attack by an upcurrent generated by destroying an Anemo Seed.

If the Pure Anemo Hypostasis absorbs a non-Anemo Elemental Orb while executing "Vacuum Burst", where it absorbs leftover Elemental Orbs on the field to perform shockwaves, its attack will be interrupted and its core will be exposed for an extended period of time.

For most of the attacks below, the core will be exposed for a few seconds after the boss uses the attack. Use this opportunity to deal damage to the boss.

A rather difficult battle because there is a long time in-between openings to attack. In this case, taking Elemental Skill CD is not advisable as Elemental Skills are crucial to use with these small openings. Some additional concessions have to be made as the variation of CRIT DMG decrease has changed to CRIT Rate decrease, severely crippling damage if taken.

Be sure to react away the tornados into other elements and/or collect the Anemo orbs leftover on the field as each absorbed during Vacuum Burst restores 5% of its HP. As with the regular Anemo Hypostasis, additional time has to be factored as the Pure Anemo Hypostasis revives once even if you collect all Anemo orbs during its Revival move. 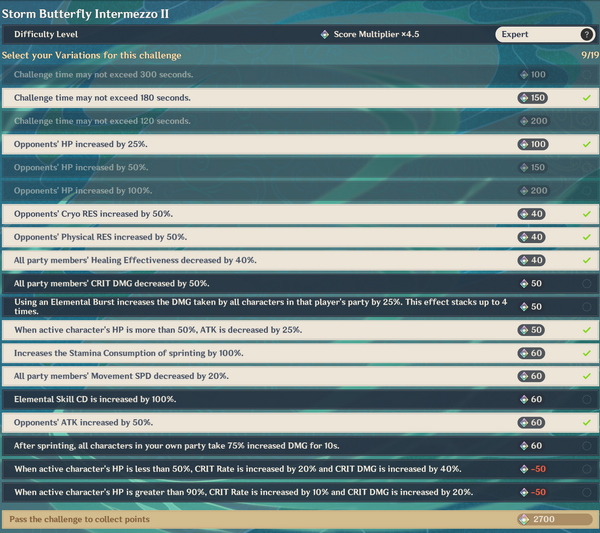 The Pure Hypostasis codenames Siras, Etar and Besanar are used in the spell for the 3rd Talisman in the book The Black Pullet (Grimoire).[2]