A cheap fantasy novel with no value whatsoever. Any claim that it possesses the power of catalysis is also pure fantasy.

A mediocre work of fiction telling the tale of an ordinary fellow who finds himself in another world after death.
The world is filled with dangers. Steel monsters as vast as galaxies lurk beneath the ground and devour people in the thousands.
But there also exists a powerful being who can make the room comfortable in any season and turn night into day with a snap of his fingers. This is a story as groundless as it is meaningless.
It only shares one thing in common with the real world: all the precious metals are owned by a handful of individuals, who keep them locked up in safe boxes. 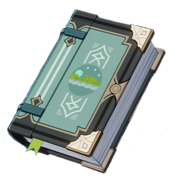 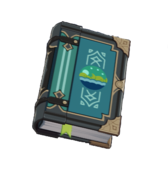 Retrieved from "https://genshin-impact.fandom.com/wiki/Otherworldly_Story?oldid=215585"
Community content is available under CC-BY-SA unless otherwise noted.