View source
watch 02:56
Raise a Floppa - The Loop
Do you like this video?
Play Sound
This article is about the furnishing. For the fish, see Formalo Ray.

A valuable Ornamental Fish that may be kept as a pet in the Pool of Sapphire Grace.
A strange cartilaginous fish that was once thought to be a fantastical creature, only recorded in some ancient scrolls of art on Watatsumi Island. As the seal over Enkanomiya was opened, their true forms were laid bare before the eyes of all.
It is said that the bodily forms of these curious creatures will change color as time passes. When they are young, they are as gold as sunlight. Later in life, however, their colors deepen, and their two 'wings' will be colored with a purple as deep as the night. Rays at this stage of life earned the name "Formalo" in those ancient scrolls, which means "the maw of greed."
Formalo Ray is a type of Ornamental Fish. They can be raised as pets in the Serenitea Pot's Pool of Sapphire Grace. 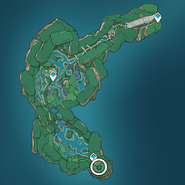 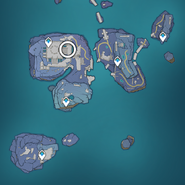 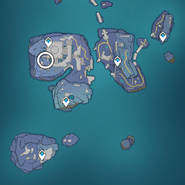 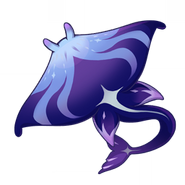 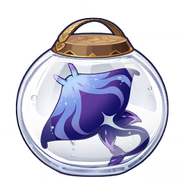