View source
watch 02:52
Roblox: DeepWoken - The Loop
Do you like this video?
Play Sound
"Delve into destiny!"
This page is about upcoming content, which may be subject to change.
The information here is not representative of content currently available in game.
Datamines from beta game versions and leaked information are not allowed on the wiki. Prohibited content will be deleted and may result in a block. Please read the Community Rules before editing.

Murata
Natlan is one of the seven nations in Teyvat. It is the city-state that worships Murata, the Pyro Archon.

The rules of war are woven in the womb: the victors shall burn bright, while the losers must turn to ash. When the God of War shares this secret with the Traveler, it is because she has her reasons. 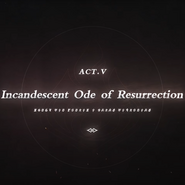