Behind the rocky outcrops lies Mikage Furnace, the largest smelting facility in Inazuma and is also home to the battlefront fortress of the Shogunate's forces.

It is considered to be disputed territory between the Inazuma Shogunate and the Watatsumi Army. The area neither belongs to both armies and neither Inazuman faith nor Sangonomiya faith has any influence.[1] For this reason, this area is called Kannazuka, which means "the hill where no gods reside."[2] 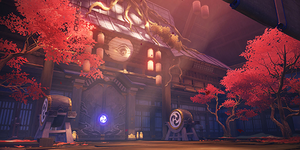 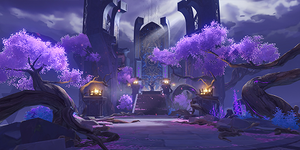