Enemy Groups
Other Human Factions
Nobushi
Kairagi (Japanese: Kairagi), are a type of Nobushi. There are currently two types of Kairagi: Dancing Thunder and Fiery Might.

Ochimusha are ghostly versions of Kairagi and are special one-time enemies. Like the Kairagi, Ochimusha have two types: Ensorcelled Thunder and Cankered Flame.

Most Kairagi are former yoriki of the Shogun's Army who left for various reasons and typically rob others to make a living.[1] It appears that they can imbue their swords with the Elements through a forgotten technique with a paper seal from a Kamuna art.

On their own, Kairagi are typically not a problem. However, they are similar to Elite Enemies in strength despite being classified as Normal Enemies. When the Kairagi spots the player, they will unsheathe their sword; they gain a temporary damage reduction until they finish or are staggered, which cancels this animation. Kairagi are not particularly strong if they have not imbued their swords, although they still do significant damage. Once they have imbued their swords, they become far more dangerous as this significantly increases their attack power. This can also apply various elemental reactions depending on what enemies are nearby that further increase this damage.

When encountered in pairs, dealing with Kairagi becomes much more troublesome as they both need to be defeated in a short time frame. If the player defeats one of them too fast, the other will enter an Avenger state, increasing their health, prioritize infusing their blades and use more deadly combos. They also become immune to Frozen and Petrification attacks. The time frame does vary as the Kairagi will not attempt to enter this state if in the middle of an attack, and they can still be Frozen or Petrified before they attempt to do so, although none of these are reliable. 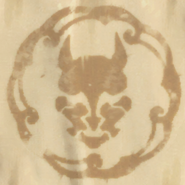