watch 03:19
Wiki Targeted (Games)
Do you like this video?
Play Sound

This page is about upcoming content, which may be subject to change.
The information here is not representative of content currently available in game.
Datamines from beta game versions and leaked information are not allowed on the wiki. Prohibited content will be deleted and may result in a block. Please read the Community Rules before editing.

How about we explore the area ahead of us later?
This page contains unmarked story spoilers. Read this at your own risk.

Hunt a Cocogoat. Please and thank you.
Our community needs more information on this page! Can you help out? Click here to add more.

이나즈마 Inajeuma
Inazuma (Japanese: 稲妻 Inazuma; Chinese: 稻妻 Dàoqī) is one of the seven nations in Teyvat. It is the city-state that worships Baal, the Electro Archon, who is also the leader of its governing body, the Inazuma Bakufu.

In the past year relative to the current events of the game, the situation in Inazuma has made a drastic turn towards isolationism, locked down under the Sakoku Decree. Baal also enacted the Vision Hunt Decree, declaring that Visions, as gifts from the gods, should be in the sole hands of divinity — and is now rounding up all Visions in Inazuma to inlay them in the hands of a statue of the Thousand-Armed, Hundred-Eyed God.[1]

Atsuko, an Inazuman who escaped to Liyue, describes the country as having a "tense" and "dangerous" environment and discourages traveling there; she also remarks that the Kanjobugyo conduct many assessments that citizens must pass in order to be given permission to leave Inazuma. She bypassed those assessments by making her own raft and fleeing to Liyue. However, the Fatui seem to be able to freely enter and exit due to their diplomatic immunity.[2]

In the secluded land of the immortal Shogun, the Bakufu rules eternal. But what do mortals see of the eternity chased after by their god? 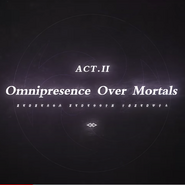 Retrieved from "https://genshin-impact.fandom.com/wiki/Inazuma?oldid=212648"
Community content is available under CC-BY-SA unless otherwise noted.