Waltz of Earth, Wind, and Thunder

< Hypostatic Symphony
View source
watch 02:53
GTA: The Criminal Enterprises - The Loop
Do you like this video?
Play Sound

Waltz of Earth, Wind, and Thunder

Join in the chorus of the elements of wind, thunder, and earth.
Challenge the three Pure Hypostases — Anemo, Electro, and Geo — each in their turn.

20
Waltz of Earth, Wind and Thunder is a boss rush event Domain exclusive to the Hypostatic Symphony event. It contains the trio comprising of Pure Anemo Hypostasis, Pure Electro Hypostasis, and Pure Geo Hypostasis. Unlike what the name suggests, the order matches that of the description instead.

By default, you have 960 seconds (or 16 minutes) to defeat the three bosses (this limit can be decreased via variations).

The lowest variations were taken as there was only leftover score to get. Regardless, here are some tips: 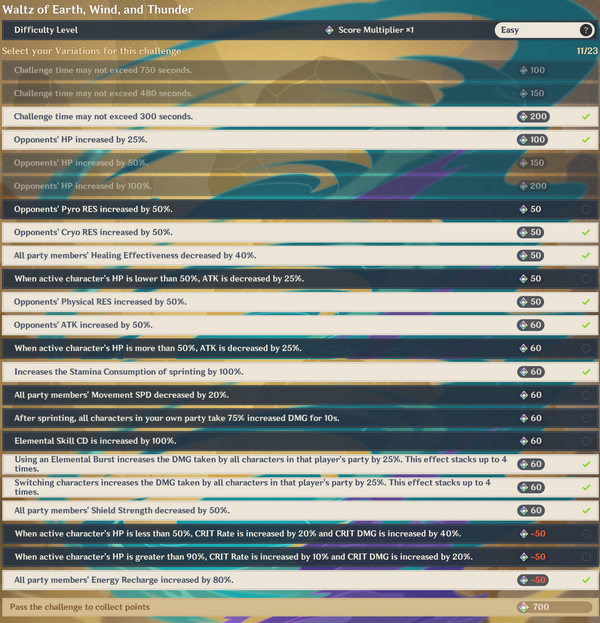