View source
watch 02:58
No Man's Sky Update - The Loop
Do you like this video?
Play Sound

Enemy Groups
Elemental Lifeforms
Elemental hypostases are life forms which have completely abandoned their former appearance and biological structure, making them able to reach the highest level of elemental purity. They are ultra-compact structures with a high mass, and are the highest forms of elemental structures, usually formed either at a location bursting with elemental energy or at a clogged ley line.
Elemental hypostases have developed defensive mechanisms based on their elemental attributes. Concentrated elemental energy forms a solid shell around the core of the hypostasis, leaving only the core reactive to the elemental stimuli. Research into hypostases is mainly led by scholars of Sumeru Akademiya, but due to the level of danger that they pose, little of substance is known about hypostases beyond their scientific name and code name.

Hypostases are life forms that reached the highest level of elemental purity.

Hypostases are invulnerable when their cube-like shells are surrounding them; they are only exposed when their diamond-shaped cores are exposed, typically during or after they perform an attack. Their attacks deal elemental damage of their type and they are immune to said type.

After losing about 95% of their health, the Hypostasis will enter a "revival" phase in which it spawns several elemental objects of its type that must be destroyed or absorbed within 15 seconds. If this is not met, the Hypostasis will revive with a percentage of health based on how much of these objects remained at the time. With the exception of the Cryo Hypostasis, the revival objects are a one-time occurrence and will not reappear if dealt with before. The Pyro Hypostasis is a unique exception, having no revival mechanic; in its place is a fire shield that makes it immune to damage until removed. 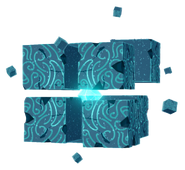 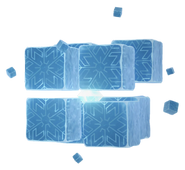 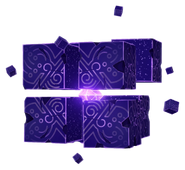 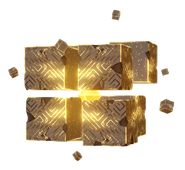 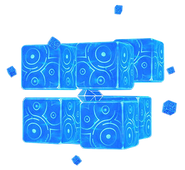 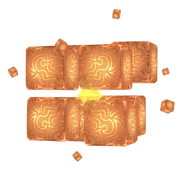 During our June 2019 beta test, we found that our designs around the idea of 'elements' were not ideal. Most Traveler's understanding of the elemental system simply stopped simply at "bonus damage," without using the system to further advance their tactics. In the past six months, we have tried a variety of methods to convey the greater complexities of the elemental system to Travelers, including designing the Hypostasis. We hope that when Travelers first see it, their natural reaction will be "Oh, I think I need to have X character on my team to deal with this."

So the question then became; "How do we get Travelers to experience the different elements through the same enemy. The matter was much the same as the Abyss Mage seen in our first beta, yet more complex. We needed the elemental experience to be stronger, strong enough to get Travelers to change up their tactics, party members, weapons, etc.

When it comes to designing a monster, there are two core elements; artistic appearance and gameplay mechanics. As far as artistic appearance is concerned, we wanted the Hypostasis to embody the idea of "natural order." In contrast to the unregulated and curved appearance of Slimes and Hilichurls, Hypostases are cubic and orthogonal, to give it an appearance of being a greater life form.

For this, we drew a lot of inspiration from Ramiel from Evangelion and Galvatron from Transformers. Ramiel is simple in form but can change into many different shapes. Galvatron comes together from many smaller pieces, which helped us to better display the right effects when the Hypostasis transforms. As such, we referenced these elements as we proceeded to make our own new content.

After discussions with the design team, we finalized our plan. Hypostases were to be elemental beings, with a design that featured all-new modeling and movements, so it was made of cubic formations clustered together, which would allow it to alter its form and use a range of Elemental Skills.

In the beginning, we believed that designing a creature that could change its form and move so violently would be very complex. But as early as July we were already able to see the early design in motion in animation software, as we discovered that it wasn't so hard to create after all.

Now that we had the visual design down, our next challenge would be the gameplay mechanics. This was to be our first series of bosses, so we needed to make a sample. That sample, was Hypostasis Aleph. In our first design, we had the following ideas:

We set a detailed skills plan for the Hypostasis. The most detailed of these have the working names of "Paper, Scissors, Rock," "Rotating Lazer," and "Rebirth."