Enemy Groups
Elemental Lifeforms
Hydro Mimics are summoned by the Oceanid, but can also be encountered on their own during quests and in the Spiral Abyss. They resemble normal Wildlife, but some are of giant proportions.

They are similar to Hydro Slimes as they are pure Hydro beings and can "walk" on deep water, thus being immune to drowning. 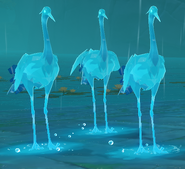 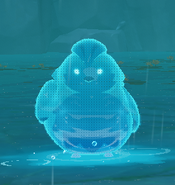