A catalyst that carries the memory of the Kitsune Saiguu of ancient times. However, this device is but an impoverished vessel for the full breadth of her thought.

"People come and go in such haste, like dreams that stay in the night and leave in the morning."

This simple and ordinary life...
Yes, I think I've lived it to the full.

I was once the Hakushin Kitsune.
With my agile and loveable comrades,
I dashed across the mountains and plains of Narukami.

Hopefully, when everything is over,
They can run happily once more...

I once met an oni maiden with a face as lovely as the moon.
Together, we performed and played divine music before the throne,
And I could not help but applaud her sword dance.
I hope her beauty, bravery, and bearing,
Shall be praised by people for thousands of years to come.

At the thought of her unrivaled beauty,
I cannot help wanting to hide my current appearance with a mask...

I once got into a race with the chieftain of the Yougou Tengu,
And we sprinted through all the courses and paths of the spirit mountains, both within it and around it.
In this great contest of speed and strength,

I, born of the Hakushin Clan, was the eventual victor.
Now that I think about it, she must have let me off easy.
The very thought of it makes me feel a little unsatisfied...

That night, the moonlight swept the imperial garden, through branch and petal,
Showering the courtyard with pearls from heaven.
That scene still glows brightly in my shallow heart...

I hope she can remember the wordy motto I dared to put to her ere we parted.
"Do not be blinded. Do not waver. Keep walking on the path you believe in."
I hope that my words will ward off at least some of the lies and evil she will face.
I also hope that that mischievous yet innocent tanuki will not hate me for my final deception...

Now, in this darkest of places,
I will hold tightly to these scenes,
And like the moon shining through the clouds,
They will light up my tiny, fragile heart.

In this life, I once took the form of a human,
And I walked with these short-lived yet beautiful little creatures,
And became friends with many people from all walks of life.
Whether it was the shrine maiden who came to train in Narukami for the sake of her hometown shrine,
Or the kid who got separated from the adults by the divine palanquin's entourage during the summer festival,
Or the easygoing young man who finally went to Liyue to practice the adepti arts...
Whether it's the Kanjou who worked hard to make the city prosperous,
Or the craftsman who was obsessed with making extremely sharp swords,
Or the clan who used ingenious techniques to make man-made meteors bloom in the skies...
All of them are friends whom I did not expect to make.

I hope the barrier that guards them will not be eroded by any darkness...

Everything, all of this — they are all things that I yearn for.

"So then, the dark will that gnaws at me..."
"Now that I've lost all my strength,"
"My Hakushin blood is yours to do with as you will."
"However, despite being greatly humbled as I am,"
"I still pray that you will listen to my pleas..."

"If you can see everything that I treasure,"
"Then I beg pardon on behalf of those beings."
"If you would permit me to make but one wish,"
"Please return my ever-bright memory,"
"To this land that I love deeply."
"That way, that even after your rampage,"
"I may still hold out hope for beautiful things to endure..." 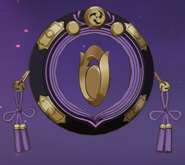 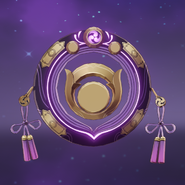 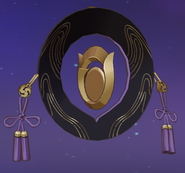 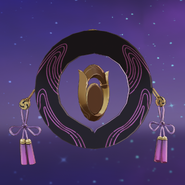