A large fish said to be the descendant of dragons.
With the horn on its head and its scaleless form clad as if in golden armor, it looks every bit like a king underwater. In truth, its bloodline and behavior could not be more different from that of a dragon — it can neither call forth the wind and rain nor the power of domination and is actually often the victim of food-snatching due to its weak character. A real shame, of course, that it looks so very majestic. As such, it lost the nickname "Descendant of Dragons," and is now termed the "False Dragon" instead.

Fishing
This article is about the fish. For the furnishing, see Ornamental Golden Koi.

Golden Koi is a type of fish. It can be both found as Wildlife and as a pet for the Serenitea Pot. Golden Koi can be obtained through fishing using 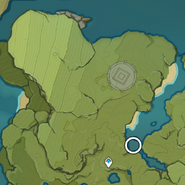 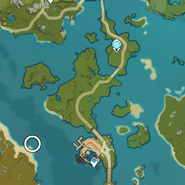 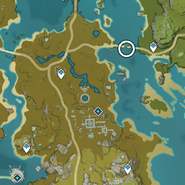 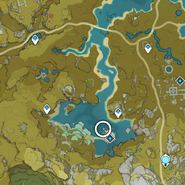 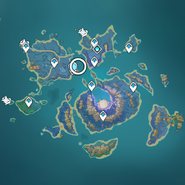 1 item can be bought with Golden Koi from Kujirai Momiji: 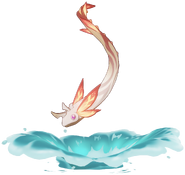