My home is a country that reveres true beauty and elegance. Some people from other countries may find our dress sense showy and impractical, but for us there is nothing more commonplace.

Archon Quest Chapter IV: Masquerade of the Guilty takes place in this region.

The God of Justice lives for the spectacle of the courtroom, seeking to judge all other gods. But even she knows not to make an enemy of the divine.

Of the regions of Teyvat, Fontaine prides itself as the hub of culture and the arts; or in the words of Francis, a traveling merchant from the region, "true beauty and elegance." The newspaper The Steambird is the main newspaper of the Court of Fontaine; Mona is a columnist on it, suggesting that they have writers from all across Teyvat. 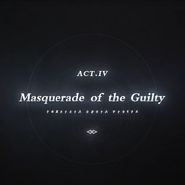