The Fatui (singular member Fatuus) are a delegation of diplomats from the Zapolyarny Palace of Snezhnaya. There is also a military detachment led by the Eleven Fatui Harbingers and the Tsaritsa herself. They are one of the main antagonistic factions in Genshin Impact. They are also the main antagonists in the manga.

The Fatui are a powerful military force in terms of power and numbers, making it the strongest of all the seven nations. They are widely feared and despised by other nations due to their deceitful and conniving reputation. The organization is composed of members performing a variety of roles, including combatants, bureaucrats, politicians, and merchants.

Hailing from the frozen lands of Snezhnaya, the Fatui are publicly seen as a political department of the nation that represents the goodwill of the Tsaritsa and manages foreign affairs with all six other nations. However, despite how they initially present themselves, the citizens and governments of those nations are often already aware of their true colors, and treat both their diplomats and individual members of the organization with distrust.

They often use underhanded methods to establish their power and influence in another nation, and as a whole are willing to go to extremes to further the Tsaritsa's vision for a "perfect world." Deception, extortion,[1] and human experimentation are but some of the tactics they employ to bolster their own strength.

The Fatui are divided into divisions, each of which is headed by one of the Eleven Fatui Harbingers. Each Harbinger operates with a different modus operandi which also influences how their underlings act.[2] There is often a lack of thorough communication between Harbingers,[3][4] Harbingers and their subordinates, and different groups of Fatui operatives.[5] However, some members of the Fatui are quite loyal to their leading Harbinger, to the point of being willing to seek revenge for their sake.[6]

Many of the Fatui NPCs in the game are everyday workers who are oblivious to their superiors' true intentions, but are nevertheless very loyal to the Tsaritsa and Snezhnaya. Members have differing opinions on being stationed in other nations, ranging from intense homesickness[7] to having developed fondness for their new home.[8]

So far, the Fatui's tactic to increase their influence in Mondstadt has been to incite or take advantage of disturbances to offer their assistance in a way that puts the Knights of Favonius in an awkward position. For example, they provoked Ursa the Drake into attacking the city so that Dottore could defeat it (later attempting a similar setup during Ludi Harpastum),[9] and one of their diplomats pressured Jean to allow them to kill Dvalin after the Stormterror attack.[10] Later during the Stormterror conflict, agents stole the Holy Lyre der Himmel, though it was soon retrieved. A delegation of diplomats is currently residing in the Goth Grand Hotel, though they are apparently under lockdown.[5] During Eula's story quest, it is revealed that they were colluding with Schubert Lawrence to invade Mondstadt, promising to help him establish the Lawrence Clan as the rulers of the city once again.[11]

The Fatui were presumably the ones who gave Crepus his Delusion, and were the ones who lured Ursa the Drake to his carriage, eventually leading to his death.

They are also competing with Diluc to find a vial that contains the Anemo Archon's breath, which was stolen six months before the events of the game from one of the Temples of the Four Winds. Due to the amount of counterfeits that have flooded the market since, both the Fatui and Diluc are yet to find the real one, though Diluc has been buying every counterfeit he can find just in case.[12]

The Fatui used to have some kind of diplomatic immunity in Liyue Harbor,[13] and have been investing in the local economy through the Northland Bank, though the Liyue Qixing are wary of them. The Northland Bank is an arm of the Fatui "with some exceptions"[14] despite their receptionist Ekaterina denying this, being a national bank founded in Snezhnaya that has opened a branch in Liyue Harbor. The Harbingers are important clients of the bank, and the Fatui's Debt Collection division, of which Fatui Pyro Agents are a part, seem to assist the bank in tracking down debtors.[15]

Shortly after The Chasm shut down, Signora had negotiated with the Qixing to allow a group of Fatui to enter to combat the mysterious sludge with an experimental device, but the device exploded and the Fatui became scattered across the mines. The Ninth Company, a group of 64 soldiers, suffered immense casualties that half of the men were assumed dead and the other missing, forcing Anton to assume command over the few remaining soldiers. Another Fatui, Katarina, was stationed in the Chasm to look for her brother, Kolya, sustaining herself through the supply line that had been established inside. Due to the isolation in the Chasm, these Fatui were initially unaware of news from the surface.

Fatui soldiers assisted Childe after he summoned the Overlord of the Vortex, fighting against the Traveler, Keqing, and the Millelith on the Jade Chamber. This in turn caused the remaining Fatui in Liyue to be looked down upon with suspicion and those stationed in the Chasm were promptly abandoned and labeled hostile by the Millelith.

They have ties to Wangsheng Funeral Parlor,[16] the exact nature of which are unclear.

The Fatui were the masterminds behind the Vision Hunt Decree in Inazuma, and fanned the flames of conflict on both sides of the civil war. They colluded with the Tenryou and Kanjou Commissions to feed the Raiden Shogun false information[17] and gather materials for their Delusion Factory respectively, secretly distributed Delusions among the Watatsumi resistance forces, and planted spies throughout the country in various efforts to destabilize both Watatsumi and the Shogunate and render them vulnerable to Fatui influence and control.[18][19] After the Vision Hunt Decree was abolished and the civil war ended, the bulk of the Fatui's forces retreated; a few remained behind for various reasons, such as avenging Signora, recruiting disgruntled Shogunate soldiers to their cause as living test subjects[19] or continue their work as spies to re-ignite the war.[20]

The mysterious, ever so cold empress of Snezhnaya and the Cryo Archon.

The Eleven Fatui Harbingers are the executive officers of the organization, being under only the Tsaritsa herself. They are given absolute executive authority by her and answer directly to her. They are blessed with powers that exceed those of an average human, but those powers do not seem to be derived from their Visions. Instead, the Harbingers all possess a Delusion, which are said to be even more powerful. Those among the Fatui who have proven themselves in their strength are chosen by one of them to serve as direct subordinates. Each Harbinger goes by a code name instead of their real names and leads their own division within the Fatui. Currently, the only known such division is the Debt Collection division.

So far, 10 Harbingers have been named in some way.

This company was dispatched by Pulcinella to The Chasm: Underground Mines to investigate its recent strange phenomena as part of an agreement between Snezhnaya and the Liyue Qixing. After Tartaglia actions in Liyue Harbor, this arrangement was nullified and the supply chains were cut off, but the company stayed, unaware of the events at the surface.

The company originally contained 64 members, but Anton estimates that half of the soldiers have gone missing or died to accidents within the Chasm. 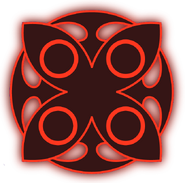