Teyvat
Elemental Sigils,[1] also called City States Sigils,[2] are currencies which are used in the Souvenir Shops and as offerings for different trees in Teyvat. They can be gained from Statue of The Seven rewards and opening chests within the nation.

Geo Sigils can also be gained from small rocky outcrops on cliffsides in Liyue and small crates floating in the water.

A popular souvenir shop in Mondstadt. It is also a place for able adventurers to pawn precious items for Anemo Sigils. Marjorie's at your service!

The shop menu can be accessed by speaking to Marjorie.

A renowned jewelry shop. For various reasons, it now runs a side business, exchanging rare stones for adventurer's Geo Sigils. It is said that during its prime, the store was filled with gems that shone like stars in the night sky.

The shop menu can be accessed by speaking to Xingxi.

Part of a new wave of artisan stores in Inazuma. Other than netsuke, this shop also makes some other artworks of obtaining all manner of trading curios for Electro Sigils from adventurers. While the boss has a good relationship with the neighbors, they don't seem to be an ordinary civilian. Perhaps there is some unknown secret to be had there...

The shop menu can be accessed by speaking to Mikoshi Genichirou. Unlocks when Sacred Sakura's Favor reaches level 50.

Level 40 will instead reward:

Level 50 will instead reward:

Each respective level will also reward: 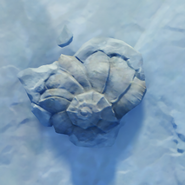