He loves tinkering with old things, it's a... personal passion of his. So, he converted these old ruins into a Ruin Guard research lab. [...] I can only imagine that he's gotten bored of playing around with them, and has lost interest in this place.

Tartaglia, about Dottore and his research lab in Liyue

Dottore is ruthless and has little regard for human life. His first appearance has him threaten Krupp with being an experiment subject for his repeated failure to get results, and he later makes good on that promise after Krupp is compromised by Diluc during a banquet. He also takes no interest in the death of two Fatui diplomats during the Black Fire incident, leaving Barnabas to resolve the issue for him.

Dottore is disdainful towards Vision-wielders, describing them as "self-inflated tools". He seems to be interested in the Abyss Order and frequently experiments on Ruin Guards, even turning his former subordinate Krupp into a Ruin Guard-like machine in the manga.

Dottore is an adult man with red eyes; pale skin; and short, curly blue hair. He typically wears a black and white mask covering all of his face save his right cheek and half of his mouth. The Fatui symbol can be seen at the top left corner of this mask. Dottore also wears a glowing blue earring on his right ear.

Dottore wears a long white coat over a white dress shirt and a pink bow tie. Under this he wears a pinstriped vest and dark pants.

Dottore was chased out of his hometown by an angry mob, presumably for his inhumane scientific suggestions and experiments in pursuit of creating "enhanced humans" that could surpass even the gods. He was later admitted into Sumeru Academia, but was still shunned as a monster and a madman. Despite being rejected by his peers and teachers, Dottore made an effort to not get expelled as he needed "an environment conducive to research."

While at the Academia, Dottore was approached by Pierro, who invited him to become part of the Fatui with the promise of resources for his research. He agreed, and was given the title of Il Dottore, or The Doctor — which he found humorously ironic.[1]

At some point after Diluc's departure from Mondstadt and before the events of the manga's main story, Dottore single-handedly defeated Ursa the Drake and made Mondstadt indebted to the Fatui.[2] Dottore began recruiting vulnerable targets in Mondstadt, luring them to the Fatui only to use them as test subject for his and his subordinates' human experiments. He also began setting up an unknown project in Mondstadt, which he intended to check up on while attending Ludi Harpastum.

It is unclear whether Dottore had a hand in the events surrounding Diluc's 18th birthday, such as giving Crepus a Delusion, luring Ursa the Drake to attack Crepus and Diluc's caravan, or having the Knights of Favonius traitor Eroch incur Diluc's wrath and cause him to withdraw from the order.

Dottore first appears in Haeresys, a Fatui underground arena where Krupp is putting his test subjects into fights against an unknown enemy. After his 139th subject dies, Dottore calls his work "pathetic as usual" and threatens to turn Krupp into one of his test subjects instead. Krupp, desperate to avoid that fate, turns his attention to Mondstadt's invitation to attend Ludi Harpastum.

The two arrive at the Dawn Winery where Diluc and other prestigious members of Mondstadt high society have gathered. Dottore leaves most of the talk to Krupp, only speaking to express his disdain for the people of Mondstadt. He stalks off after Diluc delays the negotiations, but returns to silence Krupp when the "Darknight Hero" (a disguised Diluc) is about to interrogate him. Bemused by the boy's abilities, Dottore leaves, telling him to get stronger.

No longer interested in Mondstadt, he takes his leave and drops the negotiations. He does, however, reclaim Krupp's corpse to transform him into a Ruin Hunter-like monster. After he returns to Snezhnaya, he hears of the Black Fire incident instigated by Collei, which resulted in the deaths of two Fatui diplomats. He is completely disinterested in the affair, though, and leaves it to his subordinate Barnabas.

He reappears in Chapter 16, where he expresses annoyance that the guards were incompetent enough to let the captured "Darknight Hero" escape, while Barnabas was severely wounded in the aftermath of his attack on Collei and Amber.

During Tartaglia's first Story Quest, Mighty Cyclops' Adventure!, he takes his younger brother, Teucer, to see the "Institute of Toy Research" — which is actually one of Dottore's research facilities in Liyue, developed to research the creatures in the Abyss. As a side product, it ended up creating an abundance of Ruin Guards, which the young and naïve Teucer saw as enormous "Mr. Cyclops" toys.

Dottore, having apparently grown bored with the facility, abandoned the autonomous factory and left the area without shutting it down. This resulted in the manufactured Ruin Guards spreading into the surrounding area, attracting the attention of the Millelith.

It is implied that he is the one who modified Scaramouche.

Little is known about Dottore's powers as a Harbinger, but he is capable of turning people into monsters even after the person has died. He is also shown in the manga to wield twin floating, pointed, metal objects that can shoot projectiles and shine bright blue light at their tips. Dottore appears to have a genius-level intellect as he is an expert in machinery as shown with his facility. 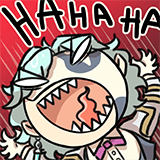 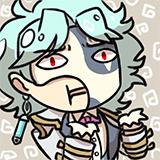