The Chasm
Cage-Shaped Geo Formations are found near the Bedrock Keys set up by the Liyue Qixing to prevent entry into The Chasm. They are activated with Geograna during Surreptitious Seven-Star Seal Sundering. Once activated, it can be hit to fire a crystal projectile in the direction of the hit.

All Cage-Shaped Geo Formations can only be interacted with during certain parts of Surreptitious Seven-Star Seal Sundering. Those that cannot be activated yet look crumbled.

In Co-Op Mode, all players can bring Geograna to the Cage-Shaped Geo Formations, but only the host's hits can fire off crystal projectiles. 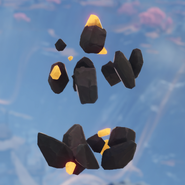 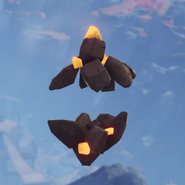 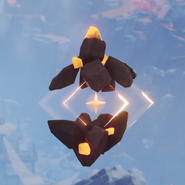