Teyvat
They boldly venture "up to the stars, down to the abyss," or so their motto would have you believe. In truth, the take on jobs ranging from finding kittens to exploring domains. Well, you cannot afford to gaze at the stars or the abyss without an honest joy
World Map description

The Adventurers' Guild, indicated by

icon on the map, is an organization that serves as an adventurer-for-hire service for the people and other organizations in the seven nations of Teyvat. The Guild collates all the complex word-of-mouth information it receives and redistributes it in the form of quests and adventures assigned to adventurers.

Little is known about the origins of the Adventurers' Guild. However, based on Lan's dialogue, the guild's main headquarters is based in Snezhnaya.

By speaking to Katheryne the players can:

The guild has several branches throughout Teyvat, one for each of the major regions. Each branch has a branch master who is in charge of formulating entrance exams for new adventurers.[1]

The guild has two departments, which are: the Intelligence Department and Recruitment Department

The organizers ranks the commissions based on difficulty (from Rank S to, presumably, Rank D) to help new adventurers adjust to the adventurer lifestyle, while also supporting veteran adventurers and allowing them to adventure more freely.[3]

The adventurers handle the commissions taken to the guild.

The Mondstadt Branch of the Adventurers' Guild, led by Cyrus, has a severe need for members. The message board in the Angel's Share is filled with recruitment ads from the guild. Cyrus even uses stories of dangerous adventures and bravery as a recruitment tactic towards the youth. 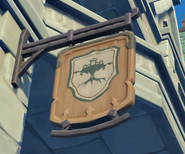 The Adventurers' Guild's Flag in Mondstadt 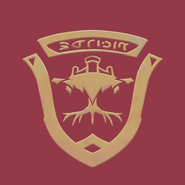