The destruction of the nation of Khaenri'ah by the gods... is the reason why the Abyss Order now seeks to destroy the nations watched over by The Seven.

The Abyss Order is a mysterious, but powerful legion of monsters from the Abyss who are the enemies of both humanity and surface civilization, and thrive in many corners of Teyvat. They are one of the main antagonistic factions in Genshin Impact.

Because most members of the Abyss Order reside in the Abyss, little is actually known about them by Teyvat at-large, other than that they hold a strong hatred against humans and desire to overthrow the world ruled by the Archons. Many, if not all of its members were originally from Khaenri'ah prior to being cursed.

The Abyss Mages, Abyss Heralds, and Abyss Lectors are among the few known types of monsters that are confirmed to be a part of the Abyss Order so far.

According to Diluc, "there's more to [the Abyss Order] than just some Abyss Mages" when he's warning the Traveler and Paimon not to underestimate them, implying there are monsters in the organization that are stronger and more dangerous that were not yet introduced. While this was later confirmed by the introduction of Abyss Heralds and Lectors, it is unknown if there are other members that have yet to reveal themselves.

The Traveler's sibling, who eventually leads the Abyss after becoming separated from the Traveler — sparking the Traveler to embark on a journey across Teyvat.

The Order usually conscripts Hilichurls to do their work.

In the quest We Will Be Reunited Paimon and the Traveler begin to learn more of the truth behind the foundation of the Abyss Order: around 500 years ago, the fall of the Eclipse Dynasty led to a cataclysm that destroyed Khaenri'ah.[3] The Abyss Order grew out of that destruction, formed of people from Khaenri'ah who sought revenge for that event, through the destruction of the Archons.

In the present, the Abyss Order is led by the Traveler's Sibling, who was separated from the Traveler by the Unknown God, traveled across Teyvat first and was disappointed by true nature of the world. It is unknown how they managed to become its current leader, but all of their subordinates revere them, addressing them in a royal manner.

Currently, the Abyss Order is attempting to execute their Loom of Fate operation. To this end, they plan to use the ancient technology behind the "Field Tillers" from Khaenri'ah, and they searched many Ruin Guards hoping to find the eye of the very first one. With it and the Defiled Statue underneath Mt. Aocang, they intended to use both of them on Osial to create a mechanized god they could control.[4] The eye was found by the Traveler and Dainsleif at Stormterror's Lair, but Dainsleif opted to carry it with him rather than trust it to another party. When the pair returned to destroy the statue, they were met by an Abyss Herald, who was later saved by the Traveler's sibling. The operation is still active, although postponed due to Dainsleif safekeeping the first Field Tiller's eye.

A group led by Enjou would later arrive in Enkanomiya to look for the book Before Sun and Moon to find proof that the gods came from outside Teyvat.

The Abyss Order became aware of an unusual pool of water in The Chasm that would recede the effects of the curse placed upon them. The Traveler's sibling, determined to restore Khaenri'ah, authorized an experimental device that would supposedly amplify the water's effects despite not being informed of the success rate. The operation was foiled by both Dainsleif and the Traveler, the former having been accidentally sent to the Chasm and the latter investigating supposed hilichurl activity.

Genshin Impact Story Teaser We Will Be Reunited (Contains spoilers) 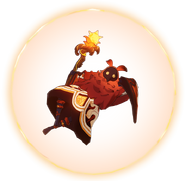 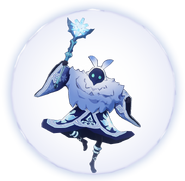 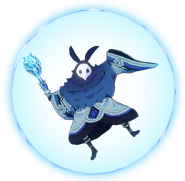 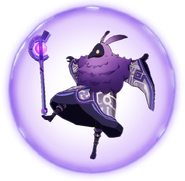 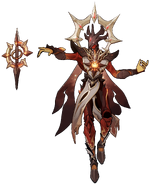